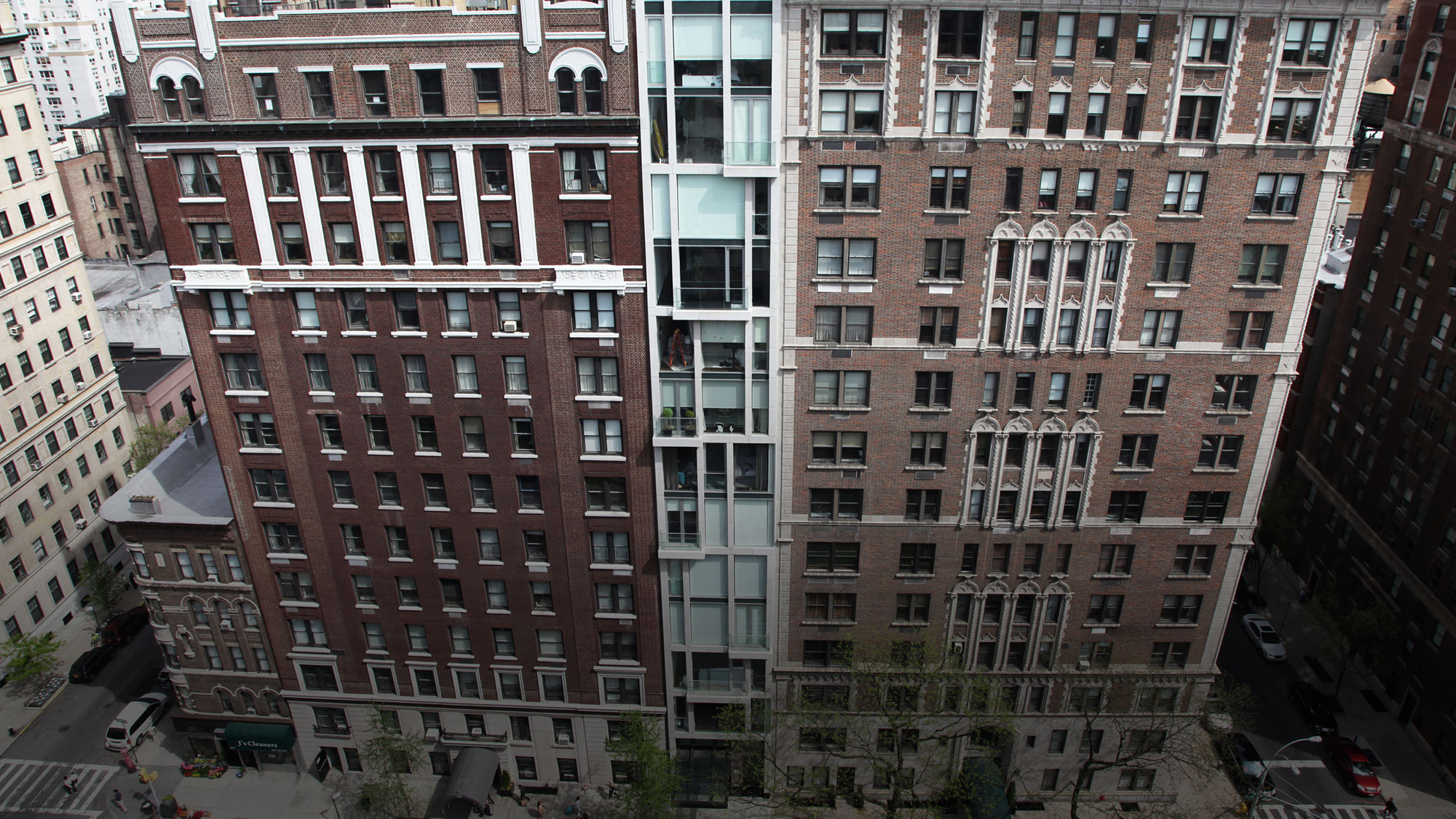 Located on Park Avenue between 81st and 82nd St, this narrow 20×80 ft lot encompasses a gross area of 16,000 sq. ft. The 6 story residential building sits at a height of 178 ft and houses 4 apartments, including a duplex, triplex and quadruplex, each of which include a private balcony and terrace.

Architectural critic James Gardner stated, “This project is the latest and possibly the best of three similar buildings that have gone up on the east side of Park Avenue between 81st and 87th streets in the past few years. The abundance of glass on the pale façade makes no attempt to harmonize with the more traditional red-brick neighbors on either side, but the general tastefulness and elegance of the project causes it to seem entirely appropriate to such an established part of the city.”